7 Views of the Halifax Region You NEED to Experience

With hundreds of kilometers of ocean coastline, the Halifax region has some of the most beautiful views in Nova Scotia.

Here is a list of 7 scenic views in and around Halifax that you NEED to experience:

Considered to be one of the most visited National Historic Sites in Canada, Citadel Hill overlooks the city of Halifax and its vast harbour. 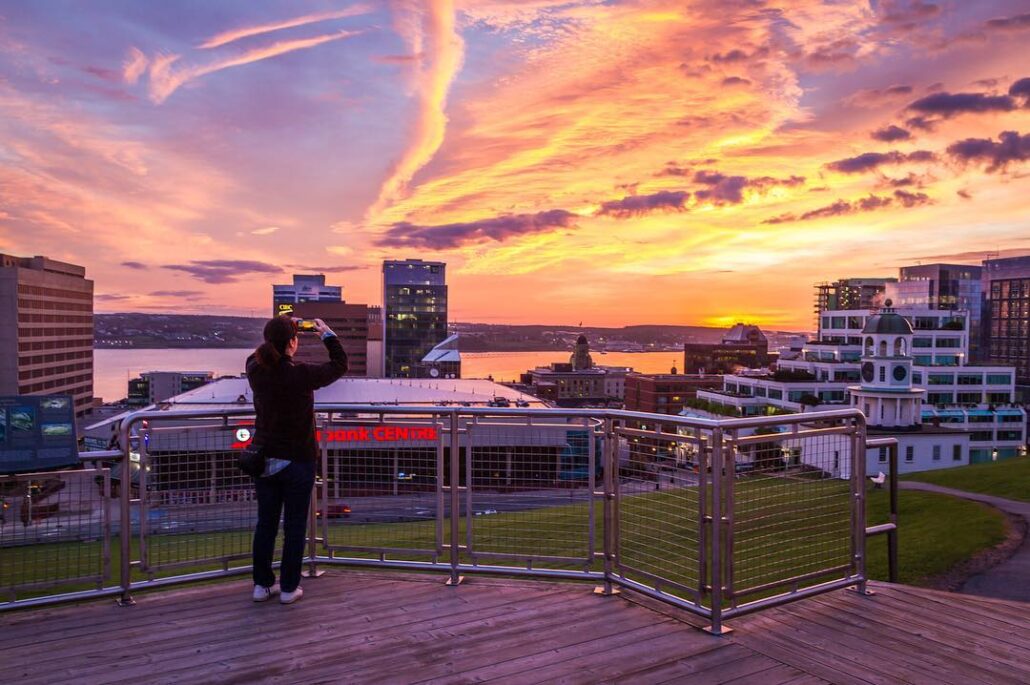 York Redoubt – another National Historic Site of Canada – is located off Purcell’s Cove Road. Sitting high on a bluff overlooking the entrance to the Halifax Harbour and McNabs Island, this is a site not to be missed.

Relax, walk a furry friend and watch the ships and sailboats in the harbour. Off of Windmill Road, you’ll find yourself tucked away from the hustle and bustle of Burnside Industrial Park in a seaside oasis. Located on the Bedford Basin with a full view of the sailboats from the Dartmouth Yacht Club, Wright’s Cove is a hidden gem with one of the nicest views in the region. The Halifax waterfront is one of the most popular destinations for locals and tourists alike. Not only does it have a great view, but there is also the opportunity to mingle, enjoy local entertainment and seafood at the many restaurants and seaside snack shacks! Fisherman’s Cove is a 19th century restored fishing village with brightly-coloured gift shops, restaurants and a seaside boardwalk. It’s full of east coast charm, scenic ocean views and is the gateway to Lawlor’s and McNab’s Islands.

Stroll the boardwalk on a sunny day or a fog-filled evening for an unforgettable view. Martinique Beach is the longest white sand beach in Nova Scotia, perfect for beach-combing, walking and frolicking in the ocean. It’s the perfect spot to enjoy many of your favorite outdoor activities while taking in the beautiful seaside backdrop.

Martinique is a protected area for the Piping Plover and a wildlife sanctuary to Waterfowls, making it an extra-special spot. Peggy’s Cove is one of the most popular destinations in the Halifax region. Its classic red-and-white lighthouse marks the eastern entrance of St. Margaret’s Bay.

The lighthouse is officially known as the Peggy’s Point Lighthouse and today it is still operated by the Canadian Coast Guard.

Peggy’s Cove and her lighthouse have become iconic Canadian images with a view you just NEED to experience.

Read: Everything You Need to Know About Peggy’s Cove